erick, fearing someone was listening, asked for a surveillance camera to be installed by hotel staff. Once his fears were confirmed, Frederick said in a statement reported by the BBC, that the bug was a “deliberate and premeditated invasion of my privacy.” Having shielded themselves from publicity throughout their lives, Frederick adds that the video’s release, showing the alleged bug being planted, is now “in the public interest.”...
2020-06-10 11:37 · 编辑整理：家办之家   收藏(0)

erick, fearing someone was listening, asked for a surveillance camera to be installed by hotel staff. Once his fears were confirmed, Frederick said in a statement reported by the BBC, that the bug was a “deliberate and premeditated invasion of my privacy.” Having shielded themselves from publicity throughout their lives, Frederick adds that the video’s release, showing the alleged bug being planted, is now “in the public interest.”

Documents disclosed by lawyers for David’s sons in court on Monday confirm Frederick’s  suspicion that members of his own family were the ones behind the bugging. They state that Alistair Barclay, having discussed the matter with his nephew Andrew but without consulting other family members, “decided to place and placed an off-the-shelf recording device (purchased over the counter from a shop in Central London) in the Conservatory at The Ritz Hotel, with a view to recording Sir Frederick Barclay's conversations.”

Following transcription of 405 hours of recordings by Quest, a private investigation group chaired by the former commissioner of London’s Metropolitan Police, Lord John Stevens, Monday’s court documents reveal that a WhatsApp group chat was used to discuss their ”use” of the recordings. The documents add, “Alistair Barclay made brief comments on his iPhone relating to the recordings, to relay relevant information to his brothers Aidan and Howard, and to his nephew Andrew Barclay, using the WhatsApp group.”

The court documents do not make clear what information was gathered from the recordings and what was learned—if anything—about the bid process for The Ritz.

The recording device and the laptop used by Alistair Barclay, the defense documents reveal, were destroyed and thrown “into a skip” (a waste container) by his housekeeper.

And that, they had likely hoped, would be the end of it.

The Rise Of The Brothers Barclay

The Barclay brothers, David and Frederick, born in 1930s London, have risen from teenage painters and decorators to become the U.K.’s most infamous reclusive billionaires. The brothers’ story starts with the death of their father while the twins were in their teens. They dropped out of school in west London at 16, and got to work getting their first taste of entrepreneurial success with a small Notting Hill hotel, or boarding house as they were then known in the 1950s. According to Frederick’s camp today, the twins realized that if they “did it up” they could charge “three shillings more a night” than the basic rate. More hotels and boarding houses would follow through to the 1970s.

A big windfall came with the acquisition of a shipping and brewing group, Ellerman Lines, in 1983 for £45 million.  A few years later they sold the brewing division for £240 million. They’ve kept the name Ellerman for their group today.

At their peak in 2018, the brothers’ net worth hit an estimated $5.8 billion, with a diverse empire that still includes Very (formerly Shop Direct) a catalogue retail giant that survived the leap to online, and notably The Daily Telegraph newspaper, described by former columnist Peter Oborne as the paper for “schoolteachers, military folk, farmers”–or, as Oborne writes–“decent people with a stake in the country.” Their ownership of the paper, which was loudly pro-Brexit, has put them in headlines in recent years.

Yet they’re perhaps best-known for their hotel and hospitality holdings, which have included Monaco's Mirabeau high-rise residential tower and luxury group Maybourne, which held landmarks like Claridges. But their crown jewel was London’s Ritz, which they bought 25 years ago for £75 million ($119 million). In 2012 the brothers were the subject of a BBC Panorama investigation after the hotel was accused of paying no corporation tax through tax relief that, although legal, is often frowned upon by the British press and politicians. Responding to the BBC’s allegations, the Barclay twins said they have had nothing to do with the running of the U.K. companies. David Barclay said in a 2012 statement, "My brother and I have no editorial, political or economic power in the U.K. We have not attended office, management or board meetings in the U.K. since leaving the country."

They have however repeatedly got involved with the family business when duty calls. In 1995, an insider tells Forbes, it was Frederick Barclay who came good with a “£7.5 million cheque from his Coutts account” to pay the deposit, putting Frederick in a far more visible role in the company’s management than had previously been assumed.

The family’s sale of the Ritz—and their complicated ownership structure—lies at the heart of the legal battle. David’s branch sold the hotel earlier this year for a reported sum ranging from $890 million to $1.1 billion (£700 - £800 million); Frederick’s branch claims it should have sold for far more, some $1.5 billion, but was kept out of the loop and learned only from media reports that the family’s crown jewel had been sold.

That’s because, according to a single source loyal to the Frederick camp, the family does not own or control its vast assets equally. The source tells Forbes that the arrangement traces back to a decision made on a yacht, The Lady Beatrice, somewhere in the Mediterranean Sea 30 years ago. It is a story told by one side of the family, and neither acknowledged, confirmed nor denied (despite repeated requests) by the other.

The source says David Barclay was very ill, and he asked his brother Frederick “to do something for me before I die.” Being unable to “run the business,” David asked his brother to give up some of his shares and transfer them to David’s children Aidan, Howard and Duncan (another of David’s children, who has since been written out of the will, according to the insider). The idea was the brothers’ combined four heirs—Frederick’s daughter Amanda on one side and David’s three sons on the other—would thus equally split ownership of the family’s assets.

According to the source, Frederick obliged and gave up half of his 50% stake in the fortune to give David’s heirs an equal share. Frederick later described his decision as “the biggest mistake of my life.” It gave one side of the family greater executive control than the other, setting in motion a family melodrama that has cost the clan huge sums in legal fees and dealt a death blow to the deep bond between the elderly twins. However, the source claims that there was nothing duplicitous when the decision was made: “Sir Frederick knew he was giving away half of his half.”

This split in the family fortune—25% for Frederick and his branch, and 75% and for David and his branch—is widely reported, although it has never officially been confirmed. A spokesman for David’s side did not comment, despite repeated requests.

Little is known about exactly when—or why—things went south between the two branches. According to Frederick’s camp, the dispute that arrived in London’s High Court this summer stems from a breakdown between the brothers “about four or five years ago,” when “Sir David wanted a further change in how the whole organization was set up [and] Sir Frederick refused.” The brothers now live separate lives, moving out of their pastiche castle in the English Channel, to live between properties in Monaco and London.

More specifically, the dispute today is allegedly being driven by Frederick and his daughter Amanda, who feel ostracized from negotiations over the family wealth, namely the decision to sell the Ritz for a sum significantly below what Frederick and Amanda say it was worth.

Frederick and Amanda were “flabbergasted” when they first heard of the sale, according to the inside source. They had no idea of the still unconfirmed sale price, had not met or dealt with the  named buyer of The Ritz, Abdulhadi Mana Al-Hajri, according to documents available on the U.K.’s Companies House registry. Although no one has yet to declare ownership, Abdulhadi is reported by the Financial Times as being the brother of Sheikha Al-Anoud, the second wife of Sheikh Tamim bin Hamad Al Thani, the emir of Qatar.

Frederick is reported to have wanted over £1 billion ($1.2 billion) for the hotel. Before its sale, reports circulated that there was interest from a number of potential buyers, including billionaire Bernard Arnault’s LVMH group. One source says The Ritz received bids of more than £1 billion from at least two interested parties, including Sidra Capital, based in Saudi Arabia. Sidra Capital has not replied to Forbes’ request for comment.

David Barclay’s side of the dispute claims that his brother’s team was “repeatedly told” that they were welcome to “introduce serious bidders into that process,” but that “it is simply untrue that any bidder made any formal offer for The Ritz of anything close to £1.3 billion.” Had such an offer been made, they claim they “would have been delighted to accept it.”

A spokesperson for Frederick Barclay told the Financial Times in late March, when news of the deal broke, “We are surprised and perturbed by the announcement the Ritz hotel has allegedly been sold. We have neither been consulted nor have we approved this sale.”

Speaking to Forbes, Frederick’s camp is adamant that not only did David’s son Aidan ask Frederick to help find a buyer, but also that Aidan was told about two bids – one for £1.2 billion ($1.5billion), and one for £1.3 billion ($1.6 billion). They have, however, been unwilling to provide any documentary evidence of these bids.

Asked why the larger bids were not accepted, Frederick’s confidant said, “It's a baffling, baffling reason unless they got £1.3 billion off the Qataris. It's extraordinary. They knew there was an offer for that amount. Aidan was aware of it and signed it off. That's why he got Sir Frederick involved to do the deal.”

Frederick’s camp claims that there’s a clear degree of “vindictiveness” in the “rushed” sale of the Ritz, adding that age has played a part. There is a perceived “generational gap” between Amanda, who is 42, and her cousins, who are in their 60s. The source adds, “[Amanda] always felt from the start that Aidan didn't like her. He's a boy, the eldest running the company and she comes along 20 years later. You can see the dynamic there, can't you? … It's the same in any family, slightly magnified when there are huge sums of money involved.”

Keeping It In The Family

All of these disputes—including the 25%-75% split of the family’s assets—will likely be decided in courts of law in the coming years. Questions have previously been raised by MPs over the complexity of the family’s trusts and use of offshore company structures, and the battle could spark further investigations into one of the U.K.’s murkiest fortunes. In a long read for Tortoise Media released in early March, Jane Martinson wrote that, “The story of the Barclays and their business empire is in a way the story of our age.... they have been able to create an empire so complicated and secretive that no one can really say for sure where all the money is.” A source in the article describes the financial structure of the Barclay’s business empire as “like knitting fog.”

When the dust settles and the family’s ownership is made more clear, Forbes will reassess how the Barclay fortune is split up.

For now, we’re continuing to attribute it all to David & Frederick Barclay. 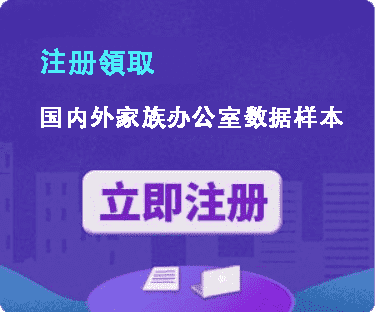