Singapore-listed Manulife U.S. REIT is bullish on the office real estate market in the United States.

Its focus is on secondary cities, where demand is shifting to after rents in gateway cities rose.

While fundamentals of commercial properties are still strong, some investors are staying away due to rising interest rates and uncertainties over Trump policies.

The improving business climate in the United States has fueled greater demand for offices in the country at a time when supply is still short — a trend that one Singapore-listed real estate investment trust has benefited from.

Manulife U.S. REIT, whose portfolio comprises three freehold office buildings in Los Angeles, Irvine and Atlanta, said the favorable conditions have led to a 5 to 7 percent increase in rents over the last 12 months.

That allowed it to post better than expected distribution per unit — a metric to calculate dividend payouts — for three consecutive quarters since listing on the Singapore Exchange in May last year. 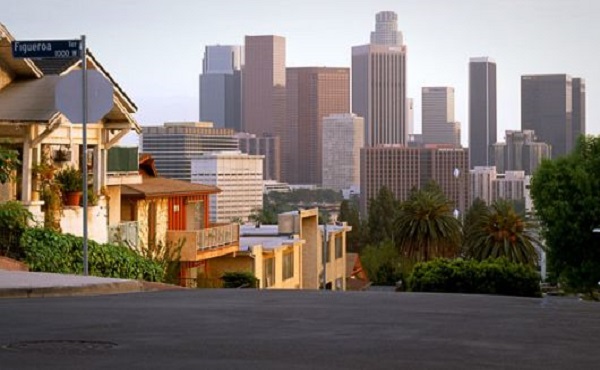 "The U.S. has posted seven years of continuous positive net absorption [of office space] and there hasn't been any indication that that would change," he added.

The company recently announced lower first quarter revenue and warned that the current quarter is challenging as well. Chief executive Hessam Nadji told CNBC's "The Rundown" on Friday that private individual investors and high net worth investors are adopting a wait-and-see approach.

"They're more affected by the rapid rise in interest rates and the uncertainty related to tax reforms ... And they are predominantly our type of clients," he said.

"The fundamentals of the business are in excellent shape, both in the market and our company… U.S. commercial real estate still offers very solid yields despite the higher interest rates and very good supply-demand dynamics."

Wolfe said construction of new office buildings has picked up pace in the last two years, with completion expected to peak at 90 million square feet between 2017 to mid-2018, Wolfe said. But demand has grown as well especially with the burgeoning technology firms in the country, he said.

Chief executive Jill Smith was tight-lipped about potential deals and would only say that the acquisition team "has been very busy" scouting for properties to add to the portfolio. But analysts covering the country expect it to add at least one property into the portfolio this year.

"Near term acquisitions are expected to be around $100-150 million, likely targeting key secondary cities to provide portfolio diversification… Its sponsor, Manulife Group, has a U.S. office portfolio assets of more than $6 billion, providing a strong pipeline in addition to third party assets," RHB analyst Vijay Natarajan wrote in a note last week.

On the impact of President Donald Trump's policies, Smith said the administration has proven to be pro-business and that is good news for the REIT.

"We see it like this: politics are politics. We have this new administration but business is business. We would not have two interest rates [hikes] – December and March – if the economy in America had not been doing very well," she said.

"At the end of the day, the Trump administration is pro-business and I think that's very important. So again, whatever happens with the tax bill, it reflects a pro-business approach and I feel very confident that it will continue to go well for us."