China's real estate investors on a $200B global spending spree

Individuals and corporations in China still have an estimated $200 billion to invest abroad. 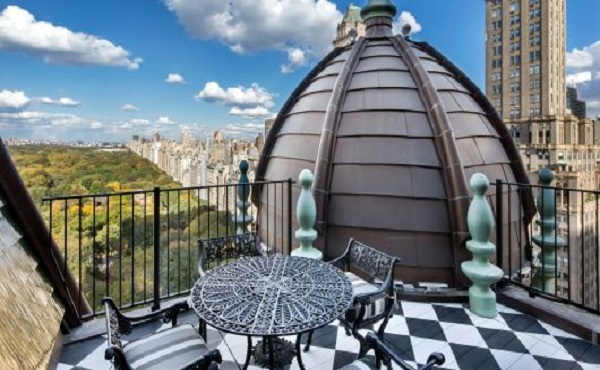 "The numbers are quite staggering if you look at the transaction volume and value of overseas purchases by Chinese," said James Fisher, director at Spacious, a Hong Kong-based online real estate platform. "You can see some market dislocation in areas that are popular with Chinese."

According to David Green-Morgan, global capital markets head of research at JLL, Chinese buyers "have access to huge amounts of capital that's been built up over many years. And they are able to deploy the capital quite quickly around the world."

And they are becoming much more savvy. As information flow increases, "they become more educated as an investor class," said Fisher. He added that with camera surveillance and communication technologies, Chinese owners can monitor their assets remotely in real time. "They're becoming more discerning," he said.

Before, Fisher noted, only ultrahigh-net-worth individuals bought overseas. Over the last five years, that has changed. "A much larger portion of the population is willing and able, through the growing middle class and the wealth of the nation increasing," he said.

Fisher claims that in the past, Chinese buyers acquired second homes so their children could study overseas or use it as a means to park cash. Now, though, they are focused on rental income and capital appreciation.

China's aging citizens also play a key factor. Many older residents are generating substantial returns on their primary residences, located in wealthy cities like Beijing, Shanghai and Shenzhen — and many are cashing out and downsizing, buying vacation homes in international locales that offer better air quality, food safety and quality of life. "There's a lot to be offered by overseas properties that's not available to these high-net-worth individuals in China," said Fisher.

Where, and what, they are buying

"For the institution, it's all about income, but also stability and security of that income," Green-Morgan said. After gaining international experience, they seek more opportunistic, return-enhancing deals.

Many markets welcome Chinese buyers with investment visas, which grant residency in exchange for capital. These are intended to create jobs and often go toward real estate projects. Over the last decade, more than 400,00 Chinese invested the $500,000 to take advantage of the U.S. program.

Targeting Chinese prospects "is a no-brainer," Fisher said. "They've shown that they have the numbers and the cash to influence markets."

Beyond language, there are differences between buyers from China and other countries. Chinese corporations use greater equity initially before subsequently putting on debt.

"It's about securing the building first and then thinking about how to boost the returns," Green-Morgan said. In contrast, investors from other markets focus more on maintaining specific debt-equity ratios.

Chinese institutions also do more land-developmental deals, which Green-Morgan said is unique. Although some Chinese are searching for headline-generating trophy properties, "most of them are very disciplined in the way they underwrite the deals," Green-Morgan said.

Retail buyers are generally 100 percent cash buyers. According to Fisher, addresses with "8's," an auspicious number, and environments with feng shui have appeal, but these are ancillary considerations. To decrease maintenance and increase tenant interest, they want new properties.

Investor alert: Here's why the gusher of billions into European stocks should continue

Spacious's Hong Kong property portal has a ghost search option, which highlights tragic events by location – suicide, murder, building collapse. Particularly with older generations, these are worrying. "It affects the demand and price. It's a material factor in the value of property," Fisher said.

For younger generations and foreigners unperturbed by these happenings, the app highlights discount opportunities. Fisher cited a rental that had a double murder. The property has experienced delays coming back on the market, was speculated to be at a 40 percent discount to comparables and impacted rental rates for other units in the building.

Not all capital pools are equal, though. Retail and institutional differ. Green-Morgan said state-owned enterprises and sovereign wealth funds are retreating from megadeals, but others are filling demand. Noting that first-quarter 2017 transaction volumes are up year-over-year, Green-Morgan said, "We see no let-up from the institutional investors."

In 2007 China's commercial property outflow was less than $1 billion. Now it exceeds $20 billion annually. According to Green-Morgan, individuals and corporations still have an estimated $200 billion to invest abroad.

According to Fisher, Chinese buying overseas is still in the early stages. "This is going to be a long-term trend."

— Joshua Bateman, special to CNBC.com. He can be reached @joshdbateman.

Previous：What $1 million buys in real estate around the world Next：Real estate in Asia could be set for a wave of evolution, Straits Trading chairman says