An unsexy tech-stock trend is rising as Facebook, social media stocks fall out of favor

Technology stock darlings in the social media sector have fallen out of favor with investors.

An under-the-radar tech-stock theme that is performing well is fintech, including many software and service companies that work with banks and other financial services companies to fend off digital disruption.

The financial services industry is one of the slowest industries to change and, as a result, also one of the market sectors most vulnerable to Silicon Valley-led technology disruption.

Wall Street is going through a digital transformation that is existential in nature, with brokerage firms, banks and fund managers all facing threats to the ways they've managed and traded money for decades. Another way for investors to look at this: One of the stodgiest sectors of the economy is currently also sitting on one of the stock market's best-performing technology themes. 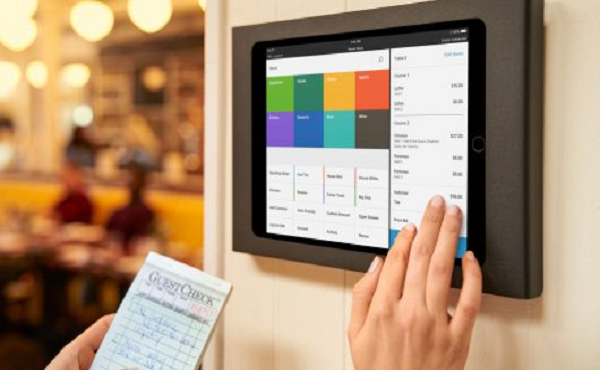 One ETF has gotten in on the hot performance: The Global X Fintech ETF (FINX) is up 24 percent this year and 39 percent over the past one-year period, much better than the Nasdaq 100 or S&P 500. It is the only ETF of its kind, but in an indication of Wall Street reading the writing on the wall, one of the banking industry's most powerful, old-guard companies has decided the time is right to tackle this theme and offer FINX some competition: Goldman Sachs has filed for the Goldman Sachs Motif Finance Reimagined ETF.

Global X, which has had tremendous success with its robotics and artificial intelligence theme ETF, BOTZ, thinks that a recent uptick in assets for FINX is a signal that it is gaining the kind of momentum that the robotics ETF experienced on its way to over $2 billion in assets, roughly $1 billion in the past year alone.

FINX has taken in more than $200 million from investors in 2018, but there's no way to prove any sort of momentum "breakout" in assets raised in the ETF space. What is definitely true is that thematic ETFs overall are breaking out in both performance and asset gathering, with new entrants focusing on investable themes rather than traditional asset-class and sector-based funds.

FINX, even with its strong performance, is not the best-performing thematic ETF this year, and it has not raised the most money, either. Smaller thematic ETFs have seen even greater stock performance, including the Amplify Online Retail ETF (IBUY) and The Obesity ETF (SLIM). BlackRock's iShares ETF family has taken in roughly $1 billion this year for its Exponential Technologies ETF (XT), though that is more of a tech grab bag based on its top holdings being spread across biopharmaceutical stocks, consumer tech giants like Amazon, Netflix and Sky, as well as chip makers.

If nothing else, fintech offers a more defined way to pursue tech gains at a time when some technology darlings, specifically the social media sector, have been hit hard, and the biggest technology companies, such as Apple, Alphabet and Amazon, have dominated market returns so thoroughly it has resulted in concerns about valuation in the most widely held stocks. And fintech is a story that can get lost.

"The story was clear with robotics. People are reading about it every day, and it makes sense to people intuitively," said Jay Jacobs, head of research and strategy at Global X. "Fintech is less of a clean story, different players focused on different things," Jacobs said. There are digital payments start-ups that have gone public and are well known, such as Square and PayPal, but also less proven niches, like online lending and the blockchain and, finally, core financial services going through change, including the digitization of the bank and asset manager back office.

Among FINX's top holdings are Germany-based Wirecard, Fiserv, First Data, Fidelity National Information Services and SS&C Technologies. "The software service companies are not sexy, but they are huge companies helping banks to rapidly digitize," he said.

"Lots of those companies are the backbone of payments, and there is enough opportunity out there with more transactions happening online and more people accessing mobile payments," Jacobs said. "In fintech you don't have to be a hot consumer company to provide immense value."

Enterprise software companies that are working with the established financial services companies to digitize represent roughly 40 percent of FINX, and there is a parallel to the robotics stocks: In both sectors there are many companies that have been around for decades and which investors didn't think of as being that interesting before the rapid advances in technology changed the landscape.

Even as cash remains more resilient across the world than digital theorists have expected, cashless transactions are growing. "Because of where they are positioned they will grow quickly. Mobile transfers and payments are only boring in the sense that they might not be consumer-facing brands created by agencies."

In fact, the Global X research head said it is some of the consumer-facing stocks that are less likely to make it long term. Within FINX, there are examples of an important risk factor in thematic ETFs: These funds don't deliver strong performance numbers without taking more risk than a broadly diversified stock fund does. And within the consumer-focused fintech start-ups specifically, FINX shows how the potential for blowout numbers are matched by the specter of a spectacular crash.

Square has led the way this year

Square and PayPal have delivered strong performance for the fund. "Digital payments are doing very well and some stocks are absolutely breaking out, so I would say that is the biggest driver of performance over the past year," Jacobs said, adding that digital payments stocks represent about 40 percent of FINX. Square and PayPal represent close to 12 percent of the fund. "The continuous application of tech to the financial sector is very long term in nature, and the first seven months of this year are irrelevant to the long term," he said.

Online lending, on the other hand, and start-ups that IPO'd in recent years, such as OnDeck Capital and LendingClub, have been the ETF's worst performers. "There are business-model issues in the online lending, peer-to-peer lending space," Jacobs said, noting the high marketing cost of acquiring customers and the lack of customer stickiness for repeat transactions. "I don't think peer-to-peer lending is dead; the core idea is strong, but it needs to evolve," he said. These two stocks represent less than 2 percent of FINX.

Todd Rosenbluth, head of ETF and mutual fund research at CFRA, is a fan of thematic ETFs, but has reservations about FINX and how well it truly represents the finance sector. "It is mostly IT services and software companies with a small stake in financial industries, such as consumer finance," Rosenbluth said.

He also argues that this ETF shouldn't be used as an alternative to staying in the mega-cap tech stocks that have dominated the market — that would mean investors miss out on the market's best stocks. "We think thematic ETFs can complement diversified market-cap-weighted ETFs or even sector-focused ETFs, as they tend to have limited overlap. But if you only owned one of these loosely defined tech ETFs, you would miss out on Facebook, Apple, Microsoft and many of the top-performing stocks in the sector."

Jacobs said investors who are embracing thematic funds typically carve out 10 percent to 15 percent of a portfolio split across multiple thematic ETFs. This approach works especially well for growth-oriented portfolios in which 80 percent or more of assets are already in equities.

Neena Mishra, director of ETF research at Zacks Investment Research, is more positive on FINX than Rosenbluth because she said companies like Wirecard, Square and PayPal do not get significant representation in broader tech or financial ETFs.

The Nasdaq 100 ETF, the Invesco QQQ (QQQ), holds three FINX top stocks — PayPal, Fiserv and Intuit — but at a total of 2 percent of the QQQ's overall weighting. The Technology Select Sector SPDR (XLK) has just about 1.4 percent exposure to PayPal and does not own Square.

Wirecard, the top holding is FINX, is a European company, and Mishra pointed to the ETF's 30 percent exposure to foreign fintech companies that do not find a place in most other ETFs as an investing feature that offers opportunity not typically available in core tech funds focused on U.S. stock benchmarks.

As investors reconsider how to invest in tech after the $120 billion one-day loss in Facebook shares, maybe the best reason to think twice before investing in this way is to consider one of the first thematic ETFs Global X ever launched: The Global X Social Media ETF (SOCL). SOCL is down 6 percent this quarter, and the big losses in Facebook and its peers leave the ETF with a 1 percent return over the past year, but in the past five years SOCL is up near-90 percent.

"The narrower the portfolio is focused, the greater the risk and reward," Rosenbluth said.

"These are designed to be long-term trends," Jacobs said. "The entire market, to some extent all money in circulation, whether invested or being spent, is ripe for disruption, and businesses that support it," Jacobs said. "You can see quick movements in them, but ideally the investor is parking the money and staying in the portfolio for the long term, 10 to 15 years. You have to be someone with a longer time horizon than weekly or monthly risk."

Previous：How the financial crisis changed stock trading on Wall Street Next：Earnings dominate the week ahead, but interest rates could be a big deal after bond market crushing