Israeli companies are taking advantage of growing demand for financial technology, or fintech, services in Asia.

Burgeoning compliance requirements mean financial institutions are under pressure to root out money laundering and other wrongdoing.

Asia "woke up" to financial technology and Israel's strengths in software development are drawing increasing interest, according to people involved in the space. 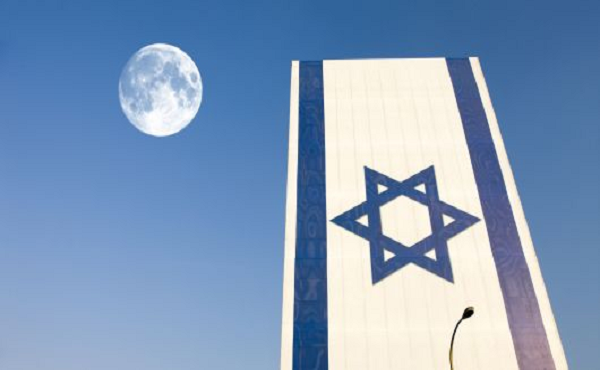 As Asia increasingly looks to implement financial technology, Israeli companies in the sector are enjoying growing demand in the region.

Hong Kong, a major global banking hub, is among the cities strengthening defenses against money-laundering and terrorist financing, which is bringing opportunities for technology companies. Israel, meanwhile, has developed a dynamic financial technology (fintech) sector, boasting more than 500 such companies, according to a government brochure available at its stand at last week's Hong Kong FinTech Week conference.

AU10TIX is one such Israeli company, specializing in high-speed forensic authentication, which can be used, for instance, when a customer opens a financial account and submits identification documents online.

"Asia woke up something like a year and a half ago," Ofer Friedman, AU10TIX vice president for marketing, said of increasing openness to such technology in markets like Japan, Singapore and Hong Kong. "Obviously, the opportunities are where governments let fintech flourish."

Government backing, military-based advances spurred by the country's security demands, a dynamic start-up scene and a cultural embrace of failure in business as a learning opportunity are all cited as contributing to Israel's fintech development.

A relatively small population of about 8.8 million, meanwhile, means a limited domestic market and makes seeking business abroad essential, with Europe and the United States the traditional mainstays.

"Now, even casinos in Macau have to do KYC regulation," Gazit said, referring to the acronym for "know your customer," part of growing global pressure to root out criminal financing.

"Hong Kong is a very important target market for us, especially now when they are opening the market to virtual banking licenses," Gazit said.

"Currently our biggest challenge as a company is to cope with the demand," he said.

Ester Perets Burke, consul and head of Israel's economic and trade mission in Hong Kong, said she had no exact figures on Israel's fintech presence in Asia, but since this year she has been "swamped" by inquiries from Israeli companies while also fielding requests from potential customers in Hong Kong for introductions.

"It can be a bank, it can be insurance companies. They go to Israel, they call me before, they say, 'Can you help scout a specific technology?'" Burke said, adding that a lot of the interest is in the area of security and privacy.

"It's something we are very strong in," Burke said of Israeli software, which she said is being applied to a wide array of areas such as payments, data analytics, cyber security and anti-money laundering.

A haven for other countries, too

Ireland is another small, tech-savvy country that is finding opportunities in Asia.

Government-backed seed investor Enterprise Ireland has a portfolio of more than 5,000 companies, with over 200 of them involved in fintech, according to Mo Harvey, head of financial services and financial technology in Asia Pacific for the group.

"We see Asia, genuinely, as probably the No. 1 market for growth for these companies, especially the fintech companies," Harvey said at Ireland's conference booth in Hong Kong.

One of those is Global Shares, which developed software to manage employee equity compensation and award plans and also serves as a broker when they sell.

It is expanding in Asia, where it counts Japan's Mizuho, China's SenseTime and McDonald's in China and Hong Kong as customers.

"It's a growth area, it's where all the new technology companies are growing," said Dara Murphy, a Global Shares general manager in Hong Kong.

"All the fast-growing unicorns are in Asia, tech companies, which is what our target is," he added.