As ETF industry meets, these are the hot trends people are watching in 2019

The world's biggest gathering of ETF professionals is underway in Hollywood, Florida. Some 2,500 providers, registered investment advisors and media have gathered to discuss the latest trends in the investment world. 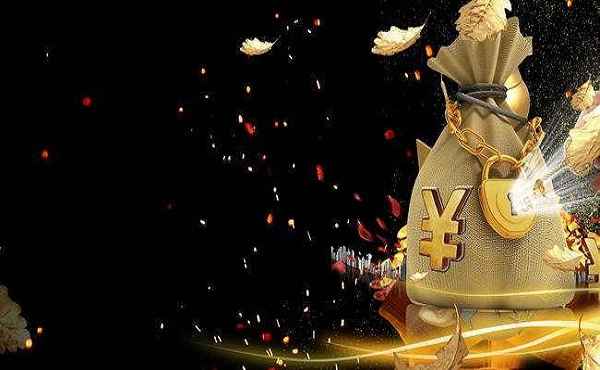 The U.S. exchange-traded funds business expanded again last year, despite the down market, and now has $3.6 trillion in assets. The mutual fund industry saw outflows but is still sizable, at roughly $19 trillion.

The Inside ETF conference, the world's biggest gathering of ETF professionals, is underway in Hollywood, Florida. Some 2,500 providers, registered investment advisors and media have gathered to discuss the latest trends in the investment world.

The U.S. exchange-traded funds business expanded again last year, despite the down market, and now has $3.6 trillion in assets. The mutual fund industry saw outflows but is still sizable, at roughly $19 trillion.

Here are the hot topics dominating the discussion in Florida:

1. Fund fees: The first zero-expense ratio ETF will launch in 2019. True, Fidelity introduced four zero-fee index mutual funds in 2018, but only Fidelity's own brokerage clients can purchase them. There are now 11 U.S. listed ETFs that charge a minuscule 0.04 percent net expense ratio and there are five charging an even tinier 0.03 percent, according to CFRA's Todd Rosenbluth. That's $3 or $4 per $10,000 invested, which means you need a lot of volume to make any money. Rosenbluth thinks a true zero-expense ETF is coming soon.

2. Low cost isn't the only thing that matters. For years, money has gravitated to the cheapest ETFs, whether they be passive or active. That won't change, but Brown Brothers Harriman's 2019 Global ETF Investor Survey noted that investors were increasingly paying attention to performance, trading spreads, and even the underlying ETF issuer as additional factors in deciding what ETFs to buy.

3. Google and Amazon getting into investment management? Dave Nadig from ETF.com is pushing an interesting idea at the conference: Investing is being increasingly automated, and the biggest challenge for the industry is no longer developing products, it's distribution. Cutting through the noise, Nadig notes, has been tougher, and nobody is better at cutting through the noise than Amazon, Apple and Alphabet. No financial brand, not even Vanguard or BlackRock, has that kind of reach. So what's it all mean? "I'm firmly convinced some, if not all, of these monster brands will enter the investment management business. It could happen in any number of ways: acquisitions, partnerships, home-grown beta products. It could be a new kind of robo, or a subscription-based direct indexing service. It could start with a little light banking and grow into financial education. But it's going to happen." Alibaba has launched world's largest money market fund. Admittedly, this is a highly regulated business. It's a software issue. If that is true, does it need to be a traditional asset manager.

4. Active management. The Brown Brothers Harriman survey noted that demand for actively managed ETFs is increasing globally. This is a natural evolution. There are far fewer actively managed products in the U.S., and if issuers can provide them at the lower cost that ETF buyers demand, then interest will naturally increase. The problem is there's not much evidence active management suddenly attracts large amounts of new investments when the market slows. Active management is still built around a cult of personality (think Jeff Gundlach).

5. Smart beta funds: an alternative to active management. Smart beta is a middle ground between passive investing and active management, which still usually involves old-fashioned stock picking done mostly by humans. Having conquered the passive world, which is largely tied to indexes that are weighted by market capitalization, ETF providers are turning to constructing funds that use alternative construction methods broadly known as "smart beta" that might weight by size, value or volatility. About one-third of the respondents in the Brown Brothers Harriman survey said they purchased a smart beta ETF to replace an actively managed mutual fund. "This is consistent with prior year findings that investors view smart beta and active ETFs as tools with multiple uses in portfolio construction and often lower costs than active funds," the study found.

6. Hot trend: Quality. It's the obsession of the moment, but what does it mean? It's a fuzzy term, but generally it refers to companies with growing earnings, high returns on equity, and low debt-to-equity ratios. Some will also add high dividends. The hope is that this magical combination will outperform plan-vanilla market cap weighted indexes. Astoria Portfolio Advisors' John Davi thinks quality ETFs will take in more assets this year than any other smart beta product. "The earnings cycle is slowing, so companies with EPS stability (or above average growth) will be rewarded more," Davi said. The iShares Quality Factor ETF (QUAL) has gathered more than $9 billion in assets, others including the WisdomTree Dividend Growth Fund (DGRW) and Invesco Quality ETF (SPHQ) have also attracted interest.

7. Hot trend: Environmental, social, governance (ESG). Paul Tudor Jones is giving a major speech promoting his role in Just Capital and the importance of ESG principles. Just Capital ranks companies based on social impact. Last year, Goldman Sachs rolled out an ETF (JUST) on the same topic. It's a tough sell: Everyone agrees on the growing importance of ESG principals, but investment flows have been modest, and there is still debate about whether the strategy can perform in the long run.

8. Hot trend: Disruptive technologies. Whether its robotics, artificial intelligence, nanotechnology, neurobiology or any other disruptive technology, there's an ETF for that now. Equally important, the ARK Innovation ETF (ARKK) has been a rare active management success due to manager Cathie Wood, who has become a thought leader in this space. The problem is these funds are so new they are still untested. There has been a 10-year bull market. How will they do in an uneven investment environment?