If you invested $1,000 in Alibaba when it went public, here's how much you'd have now

An investment into Alibaba at the close of its first day of public trading would have increased in value by about 92 percent as of Mar. 11, 2019, according to CNBC calculations.

Analysts said that the economic slowdown in China will affect Alibaba in the short-to-medium term, especially if it results in a pullback in domestic consumption. 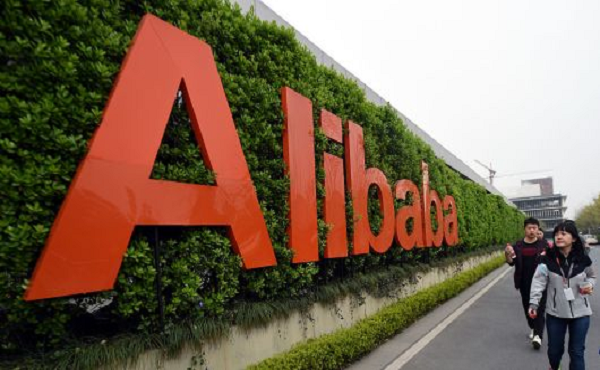 One of China's biggest technology names, Alibaba has a market value of about $467.66 billion and its stock is up more than 31 percent year-to-date.

Back in 2014, Alibaba made headlines as the then-biggest initial public offering ever and the value of the deal was around $25 billion, according to reports. While the IPO was priced at $68 per share, the stock closed about 38 percent higher on its first trading day at $93.89.

That is a 92.15 percent jump in value from the closing price on the first day of trading. Alibaba doesn't pay any dividends.

To be clear, a stock's past performance does not mean its future will hold similar results.

Alibaba has become a top player in the global tech world since Jack Ma co-founded the company from his apartment in Hangzhou, China about two decades ago. It runs massive e-commerce, payments, logistics and delivery, entertainment and cloud computing businesses and reinvests profits to support new areas of growth. For example, Alibaba continues to invest in logistics company Cainiao to build infrastructure that supports commerce as well as Southeast Asian start-up Lazada. Alibaba owns a controlling stake in both companies.

Despite the company's global profile, a lot of Alibaba's success is based on domestic discretionary consumption in China, which makes the company exposed to the overall slowdown in the world's second-largest economy, analysts told CNBC.

"The slowdown of the Chinese economy will make it very hard for Alibaba to succeed in the short-to-medium term," Gil Luria, director of research at D.A. Davidson, told CNBC. "China has yet to experience a significant business cycle over the last 30 years, which means the outcome of the current slowdown is very hard to predict."

He explained Chinese consumers have been through a "long stretch of increased consumption" and that it is possible there may be a meaningful pullback on that front as the economy slows.

For months, government data out of Beijing has indicated the Chinese economy is slowing, including last Friday's much-weaker-than-expected trade data.

Still, domestic consumption remains relatively strong in China for now. In the last three months of 2018, Alibaba's total revenue grew 41 percent on-year to 117.28 billion yuan (more than $17 billion) and core commerce revenue was up 40 percent to just under $15 billion. On Singles Day — the 24-hour shopping event — Alibaba recorded more than $30.8 billion in sales.

Alibaba Executive Vice Chairman Joseph Tsai said during the most recent earnings call that the company is convinced e-commerce growth and the digitization of retail will continue to outpace the overall Chinese economy. He also addressed potential concerns around the ongoing U.S.-China trade tensions and said Alibaba's exposure to the "tangible effects of trade tariffs" is small as domestic consumption and corporate transformation are the primary growth drivers for Alibaba's major businesses.

Still, Alibaba faces stiff competition in China's domestic market as e-commerce penetration is high in top-tier cities such as Beijing and Shanghai. That's why the company is expanding into the lower-tier cities or even rural areas where online shopping, according to analysts, is still lagging behind by at least three to five years.

In its most recent quarterly report, Alibaba said about 70 percent of new e-commerce users came from the lower-tier cities.

"It is time-consuming and costly," Danny Law, a Hong Kong-based analyst at brokerage Guotai Junan, told CNBC, referring to the process of acquiring new users. He added that e-commerce players are also trying to uncover greater value from existing customers by getting them to spend more and with increasing frequency.

Against that backdrop, Law said, China's economic slowdown "will definitely" have a negative impact on Alibaba's top and bottom line — it will particularly affect the company's investments that have yet to break even, he added.

Luria, for his part, pointed out that Alibaba continues to be a "well managed global internet company with substantial long term prospects." But, he said, investors should only consider the stock if they believe a "meaningful slowdown" in China is unlikely.

Meanwhile, online shopping has plenty of room to grow in the longer term in China. E-commerce penetration of physical goods last year was around 21 percent, according to David Dai, senior analyst at Sanford C. Bernstein.

"With consumption growing at 7%, and online penetration expanding 1.8% every year, e-commerce can comfortably grow at high teens for many years," he wrote in a February note. "Alibaba, after consolidating the market with 66% market share, will continue to grow its (gross merchandise value) with the market."

Previous：China's fight against smog last year may be obscuring just how bad its economy is this year Next：Shanghai stocks are set to jump another 10 percent in wake of Chinese stimulus: Credit Suisse