In an interview with CNBC, Bannon and Bass accused Wall Street and corporate America of "funding" China's fight with the U.S.

Bannon and Bass are members of an organization called the Committee on the Present Danger: China. It was launched to "educate and inform American citizens and policymakers about the existential threats" posed by China, according to the committee's website.

"The entire operation of the Chinese Communist Party and what they're running in China is being funded by Wall Street," Bannon told CNBC's Brian Sullivan on Thursday.

"Corporate America today is the lobbying arm of the Chinese Communist Party and Wall Street is the investor relations department," he said, calling China "the most significant existential threat that we have ever faced." 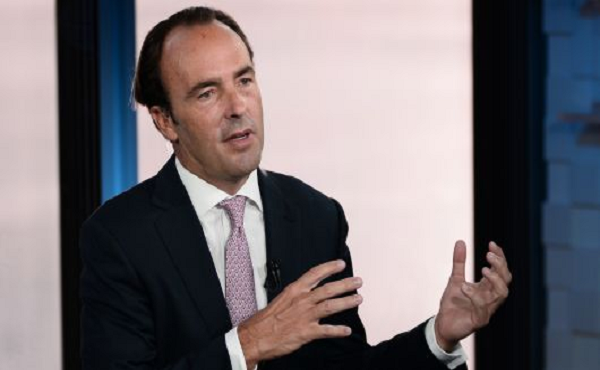 Building on Bannon's argument, Bass ﾡﾪ a known China bear, who is also the founder and chief investment officer of Hayman Capital Management ﾡﾪ claimed that large American companies are the ones pushing U.S. President Donald Trump to conclude a trade deal with China.

The U.S. and China, the two largest economies in the world, were engaged in a tariff fight that threatened to derail global economic growth. Both sides have held back further tariff hikes in a bid to negotiate a trade deal.

"If you look behind the scenes, it is corporate America pushing Trump to do a deal. And it is the corporate American chieftains that have their biggest businesses, let's say most growth, coming out of China. And China plays that card. They play it better than anybody else," Bass told CNBC's Sullivan.

"They open a market to very specific people to basically court influence with that person and going ... into the presidential office to actually change policy," said Bass.

'No hope of coexistence with China'

The Committee on the Present Danger was first established in the 1950s ﾡﾪ during the cold war era ﾡﾪ to warn President Harry Truman's administration of the influence of communism in the U.S. The committee's latest focus on China is its fourth iteration.

In addition to Bannon and Bass, other members of the group include fervent supporters of Trump, fellows from conservative think tanks, and former defense and intelligence officials.

Under Trump, Washington has taken a tougher stance on China compared to previous administrations. In addition to issues surrounding trade, American intelligence chiefs expressed their distrust of Chinese tech giant Huawei ﾡﾪ and a rival of Apple ﾨC and Chinese telecom company ZTE.

But the committee appeared to advocate a more extreme take on China compared to the Trump administration. In its guiding principles posted on its website, the committee said: "There is no hope of coexistence with China as long as the Communist Party governs the country."

When asked if he would tell U.S. companies to stop doing business in China, Bannon replied: "No. What you do is you back President Trump."

"We have a whole of government approach to really confront China on this economic war. This has never happened," he added.