Stocks in China tumbled on Thursday amid worries that Beijing could pull back on stimulus measures following recent better-than-expected economic data. 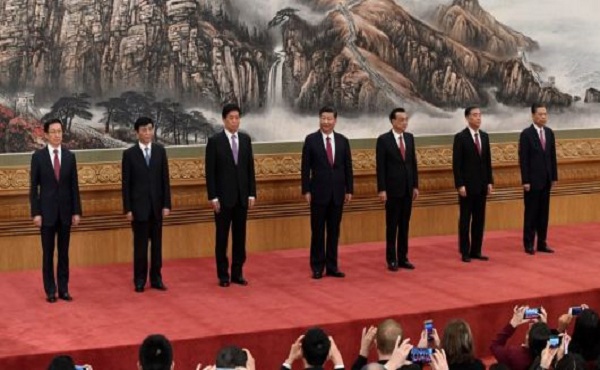 Markets have been lulled into a false sense of calm and are unprepared for the impact of a seismic shift in Chinese economic policy, according to Saxo Bank chief economist Steen Jakobsen.

Stocks in China tumbled on Thursday amid worries that Beijing could pull back on stimulus measures following recent better-than-expected economic data.

The world's second-largest economy exceeded expectations to grow by 6.4% in the first quarter from the same period in 2018.

Statements from the Communist Party's Politburo have since signaled that Chinese officials see the growth outlook improving, feeding speculation that Beijing may begin to scale back its stimulus package.

Jakobsen suggested in an emailed note Thursday that China's change in focus from economic support to structural reform will result in a fade in outperformance of Chinese stocks, with the U.S. dollar and U.S. yields breaking higher.

"President Xi seems to be 'happy' with progress and performance, now shifting gears to consolidation from what we called 'the global policy panic,'" he said.

"We are now entering 'the false stabilization', where policymakers go from stimulus to autopilot. This coincides with massive momentum divergence signals in China and also in U.S. stock markets, which of course make us sit up and take notice even more."

Saxo Bank has been long China since early in the fourth quarter, but is now moving to neutral from a large overweight position, as Jakobsen anticipates flat performance and "very little upside" throughout the summer.

This is unless the U.S. and China announce a trade deal, which should "provide an excuse to take profit on all overweight risk-on trades".

"Real risk starts in late July/August when both policy actions and actual data will show none to little overall improvement in economic growth," Jakobsen said.