That’s what matters the most to voters.

“This is the really compelling issue for most Americans. We just had our financial lives wrecked by the financial crisis and picked up the tab for it,” says Mike Calhoun, president of the Center for Responsible Lending. “I’ve said this to a number of senior administration officials: They should have done this [the financial reform bill] first. The main dynamic we have seen for well over a year is that health care issues have sucked all the oxygen out of the room.” 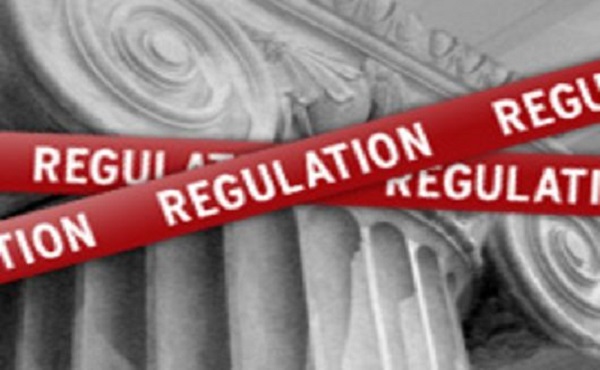 Not anymore, as the Senate finally begins to take up a complex package of reforms, a powerful lobbying battle is underway, pitting consumer groups and unions on one side and business on the other.

And unlike, heath care, where polls show people divided, ambivalent and even confused about the subject, a majorityof voters on both sides of the political aisle support financial reform—and in particular, the creation of a watchdog, dubbed the Consumer Financial Protection Agency.

“The consumer agency has been a lightening rod,” says the Cato Institute’s Mark Calabria, who spent seven years as a staffer on the Senate Banking Committee.

Public interest and consumer group veterans struggle to come up with another recent issue—even credit card reform—that compares to this one.

“There’s massive interest," says Robert Borosage, co-director of the Campaign for America’s Future. “This is a populist issue. It’s the centerpiece of the economy."

In addition to the CFPA, financial reform includes a laundry list of items: new supervision of hedge funds and derivatives trading, a reshuffling of banking industry regulators, investor protection, new federal authority to handle too-big-to-fail financial firms meant to limit taxpayer bailout funds and the creation of a systemic risk council as part of an early warning system.

Working America, a 3 million-member community affiliate of the AFL-CIO, is trying to rally support with its “I’m Not Your ATM,” Campaign. Through towns halls and other community organizing events, the group is looking to get 100,000 people to sign a petition calling for the creation of a consumer agency.

"There’s a sense Wall Street and banks created this crisis and we need to take action,” said Alison Omens, a spokesperson for the group. “People are really angry and are looking for solutions.”

Americans for Financial Reform, a coalition of 200 groups, started raising $5 million last June to wage its campaign. It has field staffs in 12 states to get out its message and is also doing a petition drive.

Business For Shared Prosperity, which calls itself a “forward-thinking” group of business owners and investors, has garnered hundreds of signatures supporting its call for a strong CFPA.

On the other side, are a variety of business groups, particularly ones representing the financial services industry. Though they have been broadly supportive of the financial reform bill, they are opposed to an expansion of government intervention into company operations and the marketplace.

Thus far, the U.S. Chamber of Commerce has been the most public and high profile in it’s avowed “grassroots” approach. The group, which counts 3 million members, has already spent $3 million on its campaign and has sent 175,000 letters to Congress.

“We feel this issue is a priority,” says Eric Wohlschlegel, executive director of communications.

Among other things, the Chamber says it “will continue to oppose a new independent consumer financial regulator that will reduce access to credit for businesses and consumers.”

"We went out and did polling with and voters to see where the country is on this issue,” says David Hirschmann, president and CEO of the Chamber's Center for Capital Markets Competitiveness. "People were mad as hell at Wall Street and wanted to fix it. ... People want financial regulatory reform but they are deeply skeptical of creating big unchecked bureaucracies.”

The American Bankers Association opposes a “very powerful” CFPA design that can mandate product offerings by banks, as well a reorganization of banking industry regulators, and has a page on its website to register support for its positions

Massive and complex legislation such as financial reform is bound to affect dozens of interest groups and step on many sets of toes.

"This is historic This is a game changer," says Scott Talbott, senior vice president of government affairs for the Financial Services Roundtable. "There' is no road map. Everyone is weighing in on their opinion on the best way to proceed."

The Roundtable, for instance, supports efforts to address too-big-to-fail and the streamlining of bank regulation but has problems with an autonomous CFPA.

Few if any business groups oppose it outright and for many the devil—and victory—is in the details. Exceptions or exclusions are outright victories, while loopholes are also very desirable.

For public interest groups, tapping a rich vein of taxpayer anger is easy but that’s only half the battle.

“The CFPA polls well. Abusive loans poll well,” says Travis Plunkett of the Consumer Federation of America and a 25-year veteran of the public interest sector. “It's hard to explain derivatives legislation.”

Some say support for reform on Main Street is based more on emotion that reason.

“People don’t understand it,” says Calabria of the Cato Institute. "It’s presented as something that goes after Wall Street. It is really playing off of that. The CFPA has almost nothing to do with the financial crisis.”

With the reform package working its way through the Senate, after being approved by the House three months ago, the rhetorical and ideological debate as well as the political jockeying and horse trading will be followed more closely by both players and observers.

“What we’re on guard for is a final proposal that looks like reform but isn’t because it is filled with loopholes,” says Plunkett

The pubic interest has not been lost on many in Congress.

“All of these politicians are looking over their shoulders because they have come to realize that the public is just ripped about the banks,” says Borosage.

Some analysts say this is one reason why Banking Committee Chairman Chris Dodd (D-Conn.) pulled back a bit from his so-called bipartisan approach, knowing that even some in his party thought he drifted from key principles and positions on certain issues.

"I have some rather stark differences with [the Dodd draft bill ]. It's not time to leave it up to the regulators. We need laws," says Sen Ted Kaufman (D-Del.). "I'm very concerned about comsumers. The American people are going to have opinions as to whether this fits the bill. I think they'e going to play a role in this thing."

At the same time, political observers say the difference in the Republican response between financial reform and health care is telling.

“They feel that in the public eye that at the minimum they have to be engaged in financial reform and financial protection,” says Calhoun of the CRL.

People involved in the reform debate say public discontent is driving government to hasty action in the hope of making everything right, much like in the aftermath of 9/11 and Hurricane Katrina.

“The Congress is looking for a silver bullet, and sometimes that kind of thing works,” says Laura Corsell, a former staff attorney at the SEC, now in private practice with Montgomery McCracken. “People are saying, ‘I’ve been damaged and someone is going pay.'" I think the problems are more complicated than that and take long-term attention to detail and have to be instituted in a painstaking way.”